Home » Commentary » Arsenal Essay » How dare you vote for your interests!

How dare you vote for your interests! 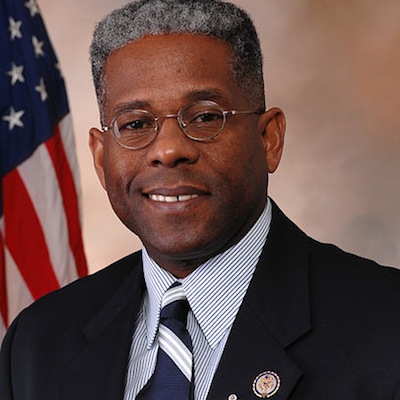 But actually, for the tea party movement, as I’ve argued before, there is great (negative) meaning to the idea of (other!) people voting for candidates that will pass “policies that favor them.”

Voting for Your Interests

It is, of course, both acceptable and laudable — indeed, even desirable — to many conservative base voters for Christian Conservative candidates to vote on moral issues in line with their voting base’s moral beliefs. But the single biggest criticism many base conservatives have of the Democratic Party — and one that Allen West has often expressed himself as a Black Republican criticizing Black Democratic voters — is that “many” voters are “just” voting for the Democrats because the Democrats will “institutionalize policies that favor them.”

The irony of this position (besides the hypocrisy), of course, is that the Democrats tend to have a broader coalition of interests they are trying to appease with various policies, whether on resource allocation or otherwise. In contrast, the Republican Party caters to a much narrower set of interests. The latter should be more objectionable since it’s more of a “giveaway” or favoritism of a small in-group than one party trying to spread favors over many diverse groups.

But it’s kind of a silly objection to have in the first place, in my opinion, to just object to a party seeking to pass favorable policies for their base. That’s pretty much what they’re supposed to do. Corruption and vote-buying is certainly bad and should be eliminated, but there’s a vast gulf between institutionalizing policies that favor “them” (whoever that might be) and slanting all the laws and resources toward “them.” I agree that that would be very damaging and should be opposed. That’s not the point of a representative system of government.

But what’s the point of voting if not to advocate for your own interests, on some level, even if you also weigh the interests of the whole system/nation along with your own?

Ah, but that’s not the point of voting, according to many tea partiers. They’re the ones who enthusiastically and vigorously remind us that the Founding Fathers did not establish a “democracy,” but rather a “republic!”

Now, the entire rest of the world defines “republic” as a synonym for “representative democracy” or “indirect democracy,” as do most Americans. But the foot-stamping, indignant tea partiers disagree. To them, a “republic” is actually intentionally created to be an elite system, divorced from the whims of the populace and composed of our wisest, most grizzled, white-haired men — like the oligarchic Roman “Republic” of old. This system can thus act in the best interests of the entire nation, even if the people don’t realize what that interest really is.

As my radio co-host Greg has noted in the past, it’s exactly the reason that many tea partiers have seized upon an issue that seems oddly abstract and quirky to the rest of us: the “need” to repeal the amendment that established direct elections of U.S. Senators.

Senators in the original constitution before the Seventeenth Amendment (i.e. until 1913) were to be elected by the state legislatures, not by the voters themselves, although voters could lobby their legislators for certain candidates (as we know from the famous Lincoln-Douglas debates in 1850s Illinois). This was a means of keeping the classical republican nature of our government intact. A laudable goal and outcome, to these most “republican” of tea partiers, even today. The rest of us don’t see it that way, but rather as as a dubious separation of the people from their representation, much like the original version of the electoral college to select the nation’s president.

From the American South to the cities of Thailand

This Tea Party conceptualization of representative democracy favorably as elite, patrician republicanism is a position essentially shared only by Thailand’s opposition movement (as I argued last December on the blog and on the radio show) which has proudly and openly declared that “the people” are “not ready” for democracy because they are insufficiently educated about what is best for the nation.

This viewpoint in Thailand largely arose out of the realization after more than two decades of defeat at the ballot box in free and fair elections that the vast, rural majority of the country didn’t like their platform and agenda and was never going to vote for them. The Thai opposition’s biggest criticism of the current system, much like West criticizing Arab-American interest groups for lobbying for policies that are better for their constituents, is that the majority coalition consistently delivers policies their voting base appreciates and supports, which in turn keeps these voters turning out to vote for them.

Which — as long as it is not corrupt and is transparent — is exactly how most of us believe the system is supposed to work.

But like the urban Thai opposition, many American conservatives find themselves dug into positions no longer supported by a majority of the country and dug into a region that no longer determines the outcome of national elections on its own. The response has been, as in Thailand, to lash out at the voters as being unworthy of the right to vote and to advocate for the removal of newer layers of democracy in favor of a more elite system that “knows better” than the masses.

If, like the tea party and the U.S. Republican Party in general, you find your political movement on a shrinking geographical and ideological footprint that will make it increasingly difficult to win open national elections, the appropriate solution is to re-tailor your agenda and platform to appeal to a larger spectrum of the electorate again.

The inappropriate solution is to declare it a conspiracy that you are being defeated by parties that institutionalize policies that their (purportedly ignorant sheeple) voters support. Even more inappropriate is trying to tell everyone that an interest coalition’s routine activities to promote their interests, just like every other interest group in every developed democracy, in the world are actually a plot to wage jihad within the civilization.

But as the management of Fox News asserts, people know the difference between their news segments and their opinion segments. Right? Why else would they devote so many promos to reminding viewers they don’t need to — and shouldn’t — watch any other media source?