Emerson College Polling Society released a poll on likely voters in the semi-open Republican presidential primary next March. It’s… well, there was never going to be a good outcome, but this certainly isn’t. However, it also doesn’t surprise me at all. 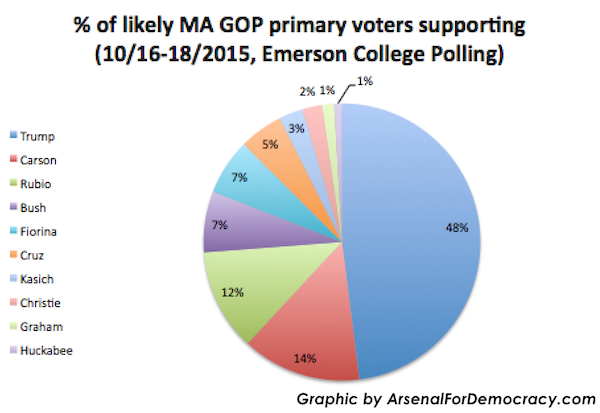 Massachusetts is notoriously difficult to poll accurately — but when the margin is 34 points between first and second place, I think we can assume it’s probably in the right ballpark.

Bill Humphrey is the primary host of WVUD's Arsenal For Democracy talk radio show and a local elected official. Follow him @BillHumphreyMA on twitter.
View all posts by Bill Humphrey →
Tagged  2016 US elections, Donald Trump, Massachusetts, Republicans.
Bookmark the permalink.