– Has presidential candidate and US Senator Marco Rubio crossed an ethics line with his billionaire patron, Norman Braman?
– What if anything does the 2015 UK election outcome mean for Labour’s future? Should US Democrats take any lessons one way or the other? 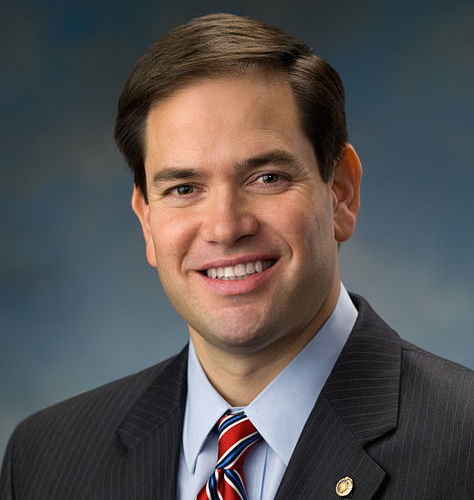 Senator Bernie Sanders (I-VT) announced his Democratic presidential campaign this week and raised an impressive $1.5 million in the first 24 hours from about 35,000 donors. Although Clinton obviously has a much larger warchest on tap, this figure has at least put him solidly on par with major Republican contenders in terms of grassroots fundraising:

But the Sanders haul outpaces the three major Republican candidates who already have announced. In the first 24 hours since launching their campaigns, Sen. Marco Rubio (Fla.) raised $1.25 million and Sens. Rand Paul (Ky.) and Ted Cruz (Texas) raised about $1 million each, according to their campaigns.﻿

They, of course, can count on a lot of super PAC support, as well, in a way Sanders can’t (and doesn’t want to), but this stark comparison has suddenly vaulted Sanders into at least being taken semi-seriously by the U.S. media rather than being roundly mocked as a far-left socialist. (I’ve spotted a lot of recent headlines calling him a “liberal” and “independent” instead of a socialist.) And in truth, he’s certainly not more extreme or fringe than the aforementioned three jokers in the Republican Party’s nomination contest.

Indeed, he’s probably more mainstream than they are. In the words of The Onion on Bernie Sanders:

Dave Weigel recently reviewed the decisive ambivalence and non-ideology of former Florida Governor Charlie Crist, as seen in his new memoir. Crist, for those who may not remember, switched from Republican to independent during his failed 2010 US Senate bid against Marco Rubio. Since then, he has puttered around regaining much of his once very high popularity, and he has launched a bid for a second (non-consecutive) term as governor, this time running as a Democrat against incumbent Medicare fraudster and Voldemort lookalike, Gov. Rick Scott (R-Deeply Unpopular).

As Weigel observes, Crist seems to be running primarily on a rose-colored and self-idolizing platform of “Hey, remember how you guys liked me and I wasn’t too offensive or partisan most of the time?” — which may actually work out for Crist, given that he is pretty popular and most people want Rick Scott gone. Plus, it’s Florida, and a lot of people aren’t all that committed to party affiliation (relative to some other states), which makes Crist’s switching palatable and understandable to many voters.

Weigel also highlights how the book dwells heavily, even creepily, on the career-derailing hug Charlie Crist received from President Obama when the former was still a Republican:

In The Party’s Over, his unimaginatively titled memoir of a political life cut short by the Tea Party movement, Crist returns again and again to his February 2009 appearance with President Obama. “As he and I made our way through the crowd toward the stage,” Crist writes, “how could anyone not feel the power of this man?” When they reach the podium, Crist gave a short speech about budgets and infrastructure that was, he reminds us, interrupted frequently by applause.

Then came the moment. “The new president leaned forward,” Crist writes, “and gave me a hug. Reach. Pull. Release. As hugs go, it wasn’t anything special. It was over in a second—less than that. It was the kind of hug that says, ‘Hey, good to see you, man. Thanks for being here.’ It was the kind of hug I’d exchanged with thousands of thousands and Floridians over the years … reach, pull, release—just like that.”

After the shudder fades, the reader at least understands where Crist is coming from. In 2009, a few months after Obama had carried his state, Crist was one of the only Republican governors willing to take strings-attached stimulus money and denounce anyone who wouldn’t. One of the first rallies of the nascent Tea Party movement took place outside the Crist–Obama rally. Marco Rubio created a fundraising site consisting entirely of the “hug” photo. Conservatives heckled Crist, dared him to “hug Obama again.”

So if this governor campaign doesn’t work out, I’m thinking maybe Charlie should consider going into self-publishing weird romance e-novels. I hear (minute 28) there’s a growing market for dinosaur-based romances; maybe he could write slashfic between some Everglades gators and “Florida Man.”