Patrick from “Conspiracy You Can Believe In” returns to the show to talk with Bill about the Amnesty Act from 150 years ago this month that brought a younger generation of ex-Confederates back into elected office during Reconstruction.

The 4th part of our miniseries on money itself during the 2nd Industrial Revolution in the US. Bill and Rachel look at the political battles over silver coinage and the gold standard and why neither position makes sense in hindsight.

The 3rd part of our miniseries on money itself during the 2nd Industrial Revolution in the US. Bill, Rachel, and Kelley look at the initial emergence of proto-consumer credit as well as sketchy and predatory small loans in industrial cities.

The first episode of our miniseries on money itself during the Second Industrial Revolution in the United States. Bill and Rachel pose philosophical questions on the nature of money and look at changes in US monetary policy from the Antebellum period through 1876.

Margaret Thatcher once said, “Europe was created by history. America was created by philosophy.” When a country is united by ideals and not bloodlines, defining citizenship is a unique challenge, one that the United States has grappled with time and time again in its history.

In recent weeks, many of those seeking to be the GOP’s candidate for president have begun talk of getting rid of a constitutional amendment in order to redefine who is a citizen. Frontrunner Donald Trump and others would like to see the United States do away with the Citizenship Clause of the 14th Amendment, which grants citizenship to anybody born within US borders and subject to the the jurisdiction of federal laws (i.e. the baby’s parents are not foreign diplomats or have other formal relationships with foreign governments). Rick Ungar, a contributor for Forbes writes:

It turns out that those who have long enjoyed portraying themselves as the “Guardians of our Constitution”, through strict interpretation of the same, and the proponents of law & order as the bulwark of an orderly society — of course I’m speaking of Republicans — are the very folks who no longer have much use for the Constitution when it fails to meet their desires or live up to their expectations.

The argument around the 14th Amendment is largely due to frustration over so called “anchor babies”, a derogatory term for babies born to illegal immigrants in the United States supposedly under the pretense that the child will somehow help the parent gain legal status. It is true that for the past 147 years, all children born within US borders are legal US citizens, regardless of their parent’s legal status.

However, the idea that these babies and US citizens are helping to grant their parents legal status in the United States is a fallacy for which there is no legal backing. In fact, in 2011 there were 5,000 children in state care or foster homes because their parents had been deported. In 2013, Immigrations and Customs Enforcement deported 72,410 people who had at least one child who was a US citizen.

Still, the term “anchor baby” and the vitriolic desire to get rid of the 14th Amendment persist. The amendment was a Reconstruction Amendment, adopted on July 9, 1868, with the goal of providing citizenship to African-Americans who had formerly been slaves with no protection under the law. The Citizenship Clause of the Amendment overruled the Supreme Court’s findings in Dred Scott v. Sanford, which stated that African-Americans, even those who were free, were not American citizens and therefore could not sue in federal court.

When the 14th Amendment was originally debated, there were a few mentions of children born to immigrants on the debate floor. However, in 1868 there was no limit to immigration into the United States, meaning there was no illegal immigration at the time of the amendment’s adoption. In 1898, the Supreme Court cleared this up in United States v. Wong Kim Ark, by ruling that the children of immigrants born in the US are indeed entitled to citizenship.

Since that time, America has continued to grapple with immigrant policy and citizenship laws, but with little exception, those born within the borders of the United States are citizens of our country. While American immigration policy leaves much to be desired, the 14th Amendment has provided continuity and stability to the definition of citizen. Our country’s greatness is derived from the diversity of our citizens and the uniqueness of our history. Paternity tests or another arbitrary way to obtain citizenship would rob future generations of the philosophy and ideology on which this country was founded and continues to grow.

150 years ago today, after four years of civil war, the United States achieved a momentary peace – with Robert E. Lee’s surrender along with 27,000 Confederate troops, after the Battle of Appomattox Court House, which triggered a general surrender – and thus appeared to end the war over the fate and direction of the United States.

But as the insurrection collapsed, in our haste to celebrate that illusory peace, we failed to finish the bigger job of conquering and re-making the South. The peace was won, but not kept and consolidated. Instead, in a demonstration of the perils of clemency for the rebellious recalcitrance of evil, almost everything was kept the same, and the South hardened into an even more unified, retrograde, aristocracy than before. Slavery was renamed and White Supremacy death squads were formed. The peace ended, but the country just looked the other way, to avoid going back to war and supporting necessary reforms by force.

The Southern bloc, once re-admitted and then re-taken by the Union’s opponents, re-committed itself to blocking every U.S. policy effort that didn’t involve going to war with other countries. Despite the lack of commitment from President Andrew Johnson and other compromisers, the failure to Reconstruct the South wasn’t entirely for lack of trying… 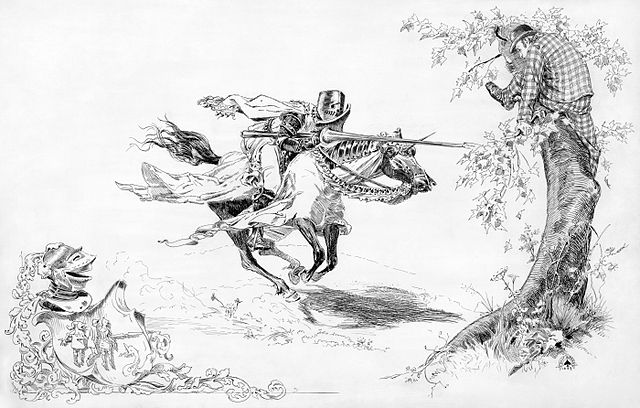