Description: Rachel and Bill continue their discussion of corporate and individual tax avoidance in the US, including offshore havens and onshore havens like Delaware and Nevada.

Update: On November 24, 2014, Nevada Republican Assembly members reversed course and forced out Mr. Hansen from his Speakership nomination in the formal vote in January.

According to an investigation by the Reno News & Review, as summarized in The Atlantic (excerpted below), Nevada State Assembly Speaker-elect Ira Hansen is a full-on neo-Confederate, in his own self-authored and self-recorded words over a two decade period to present:

​The News & Review published excerpts in which he opines, among other things, that women shouldn’t serve in the military “except in certain roles,” that “homosexuals” often downplay the “grossly disproportionate numbers of child molesters, called ‘pederasts,’ which fill their ranks,” and that the Clinton administration was responsible for the Oklahoma City bombing. His most eye-opening remarks, however, are about African Americans.

“The relationship of Negroes and Democrats is truly a master-slave relationship, with the benevolent master knowing what’s best for his simple minded darkies,” Hansen once wrote in a column about education reform. “For American blacks, being denied choice and forced to attend the failing and inferior government school system is a form of involuntary servitude.” His use of the epithet “negroes” extended beyond historical metaphor to refer to black state legislators and to the current president of the United States.

Hanson’s thoughts on slavery do not end there. “The lack of gratitude and the deliberate ignoring of white history in relation to eliminating slavery is a disgrace that Negro leaders should own up to,” he once wrote. Paradoxically, Hansen also pays homage to the slaver aristocracy that fought to keep millions of black men, women, and children in chains. When discussing the Confederate battle flag on display in his office, Hansen wrote, “I fly it proudly in honor and in memory of a great cause and my brave ancestors who fought for that cause.”

I take it he shares fellow Nevadan Cliven Bundy’s lack of that anti-Confederate spirit the state’s founders so enthusiastically tried to foster as Nevada entered the Union mid-war. They’re clearly bosom buddies in blatant racism and condescension toward Black Americans.

As the News & Review explained, his elevation to power was a long time in the works, despite it coming as a bit of a shock, because of the rise of the party’s radicals in every level of party authority in Nevada, which has been charted for quite some time:

The GOP members passed over Assembly Republican leader Pat Hickey of Reno to choose Hansen. It was treated as a victory for the more radical wing of the party, which took over the Clark County and state party organizations in 2012, cutting presidential candidate Mitt Romney loose from state GOP support.

While members of the GOP caucus talked about a united front, they selected as speaker a legislator who is one of the most contentious public officials in the state. Hansen doesn’t like blacks, gays, Israel, many Republicans, and most Nevadans—he once wrote that newcomers to the state, who constitute four of every five Nevadans, should accept Nevada as it is or leave.

Hansen has opposed Republican presidential nominees Robert Dole and Mitt Romney (“way too liberal”), and other Republicans at lower levels. 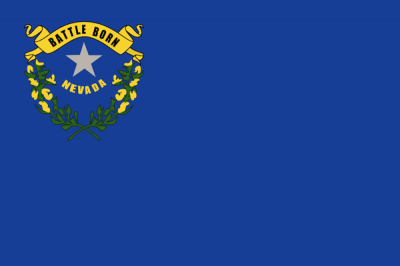