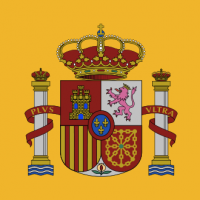 Bill and I have already discussed Spain’s proposed abortion law, the Ley Gallardón, which would restrict abortion in Spain to cases of rape or long-term harm to the mother.

Opponents of the proposal have created a satirical website called “Bebés de contenedor” (“Dumpster babies”) advertising a fake startup that connects hopeful adoptive parents with the babies that will be abandoned because of restricted abortion rights.

The site states (all translations in this post are my own):

Bebésdecontenedor.com is the Spanish startup that takes advantage of the excess of babies abandoned in dumpsters as a result of the recent abortion law to guarantee that you, too, can adopt your very own dumpster baby. It’s so easy! The poverty in which a growing number of people find themselves, as well as the recent outlaw of pregnancy termination offer a fantastic opportunity for those who want to adopt the babies that other women have been forced to carry.

The website also contains a flow chart showing the options for pregnant women in Spain. It includes a list of countries with more abortion rights to which pregnant women can flee.

In addition, it features the story of various fictional “donors” to prospective adopters: a woman carrying a deformed fetus who was fired from her work “thanks to a flexible and dynamic labor law,” a 17-year-old girl from a religious family who fell into a coma after trying to induce miscarriage with a drug cocktail, and an undocumented immigrant who was denied access to the hospital and had to give birth in the street (The description implies that the woman died in childbirth).

The website adds that “various religious groups are fighting to eliminate abortion in the case of rape, which presents big opportunities to a creative and proactive person looking for a baby.”

Although the website does not explicitly cite its creator, it is probably safe to assume that the self-described “sextremist” women’s rights organization FEMEN is responsible. The bottom of the page links to the twitter page of the group’s Spanish branch, as well as linking to a series of clinics that offer abortions.

FEMEN, best known for its topless protests in Tunisia, describes itself as “the special force of feminism, its spearhead militant unit, modern incarnation of fearless and free Amazons.” Its website can be found here (NSFW: images of topless women).

The organization has received criticism from more than just the obvious sources. A former FEMEN activist accused the group of Islamophobia last year.

As for the proposed law, a GESOP poll found that not only do 78.4% of Spaniards oppose the Ley Gallardón, 55.1% of Popular Party voters — that is to say, supporters of the party that is pushing for the law — are against it.

A piece by Ann Furedi, the CEO of abortion provider British Pregnancy Advisory Service, explains the law in the context of Spain’s abortion history.