Middle East alphabet soup of harmony: ISIS brings together PKK and KDP, with AKP blessing, in a fascinating turn of events for the Middle East.

The respective military wings of Kurdish Workers Party (PKK) from Turkey and the Kurdish Democratic Party (KDP) from Iraq, which essentially hate each other, are now working together in Iraq against ISIS.

The President of Iraq’s Kurdish region, Massoud Barzani, visited fighters of the Kurdistan Workers Party (PKK) for the first time last week, after the PKK joined Kurdish Peshmerga forces to expel the Islamic State group from the town of Makhmour.

In a video published online, Barzani thanked the PKK fighters: “We are brothers. They [Islamic State fighters] are the enemy of the people of Kurdistan. We have one destiny; we will do everything, what we can,” Barzani said.

The Iraqi ex-insurgency KDP has often sparred directly with — and even allied itself militarily against — the PKK insurgency in Turkey for many years. This is partially due to infighting, as two of the three biggest Kurdish factions across the region, over who is the “leader” of the pan-Kurdish national liberation movement (if one exists) in Iraq, Syria, Iran, and Turkey. But it’s also due to Turkey’s tendency to threaten the Iraqi Kurds if they are seen as helping the PKK. After a while, it just became easier to oppose the PKK out of self-preservation. Plus, since Turkey is a NATO member, all the NATO members including the United States are supposed to support Turkey’s counterinsurgency operations against the PKK separatists. Since the US is the main international supporter of the Iraqi Kurds, including the Kurdish Democratic Party, aiding and abetting the PKK was a big no-no. 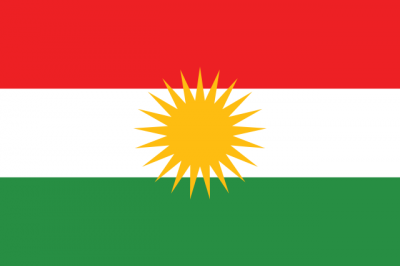 In recent years, Turkey’s current political leadership has dialed back operations against the PKK and made a temporary diplomatic peace with them. And Turkey had also started economically helping the Kurdish Democratic Party, the ruling party of the Kurdish Regional Government in Iraq, on the condition that the KDP promised not to cooperate with the PKK or PKK-aligned Syrian Kurdish parties/rebel forces. This positive relationship between the Kurdish Regional Government and Turkey has been paying big dividends, Al Jazeera reports:

Around 1,500 Turkish companies now operate in Iraq’s Kurdish region, and Turkey supports independent Kurdish oil exports, selling a shipment of 1.3 million barrels of oil in May despite objections from Baghdad.

Thus, this development of cooperation with PKK fighters in Iraq — which should theoretically violate the Kurdish Regional Government’s understanding with the Turkish government — comes as a pretty huge surprise.

But even more amazingly, top Turkish officials (from the ruling AK Party) have brushed off the development and said it was an understandable move to counter ISIS.﻿

Ahmet Berat Conkar, a member of the ruling Justice and Development Party (AKP), and deputy chairman of the AKP’s foreign affairs division, said the Turkish government had no problem with the PKK’s role in fighting in Iraq. “Turkey does not see this kind of an alliance as a threat against [itself] or [its] interests,” he said.

“Turkey has a good relationship with KDP and plays a positive role in the region,” Conkar told Al Jazeera. The ongoing peace process between Ankara and the PKK, he added, “is progressing quite positively, aiming to guarantee Kurds’ rights as well as to disarm the PKK and integrate its members into Turkish society.”

Despite the domestic political risks, the ruling AK Party in Turkey seems to be going all-in on their strategy of settling the Kurdish separatism problem through dialogue instead of force. And (beyond the unifying threat of ISIS) they’re probably feeling pretty comfortable in taking that risk right about now, given that Prime Minister Recep Tayyip Erdogan has just cruised into the presidency by a strong margin and with majority support, even after undertaking an active outreach to Kurdish communities and even after all his other genuinely problematic actions in the past year or two of his eleven-year administration.

If the ISIS threat is turned back and destroyed (or, alternatively, if it becomes a semi-permanent fixture and drags out the crisis into a chronic headache), we may well see a lot of things return to business as usual in Kurdish-Turkish relations and internal Kurdish relations. It may become harder to sustain the positive spirit of friendship the longer this goes on, or if the threat goes away. But for now, it’s a big step forward to get the KDP, the PKK, and the AKP all on the same side of something and cooperating relatively harmoniously. 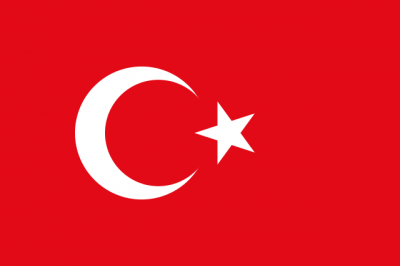