Challenge: come up with a slogan for a modern civil rights movement that is even less plausibly controversial than #BlackLivesMatter.

Imagine if health and mortality outcomes for Black Americans were identical to White Americans. How many Black Americans’s lives would have been saved? According to a new study, it’s at least 2.7 million from just 1970 to 2004:

Overall, in the US, the mortality rate for blacks, across age and gender, is almost 18 per cent higher than the rate for whites.

But while Gray’s and other high-profile killings make the headlines, the far greater cause of premature death in African Americans is stress-related disease, says Arline Geronimus of the Stanford University Center for Advanced Study in the Behavioral Sciences in Palo Alto, California. For example, the diabetes rate for black people is almost twice as high as for whites, and blacks have higher rates of cancer and heart disease.
[…]
Using cause of death data from the US Centers for Disease Control, Geronimus and colleagues calculated that if blacks died at the same rate as whites, 5.8 million African Americans would have died between 1970 and 2004. The actual number of black deaths over that timespan was 8.5 million, meaning that African Americans had 2.7 million “excess deaths”, compared with whites.
[…]
Geronimus says she and her colleagues likely underestimated the number of excess African American deaths. For one, they accounted for only 35 years, which means they missed all excess deaths prior to 1970, the year in which good-quality comparable data first became available.
[…]
Journal reference: Social Science and Medicine, DOI: 10.1016/j.socscimed.2015.04.014

The U.S. Civil Rights Movement lost a lot of momentum after the 1968 assassination of Martin Luther King Jr. Many of the younger leaders who tried to pick up the pieces in the 1970s and 1980s sort of gave up and decided to accept the partial gains of the 1960s and leave things at that for the indefinite future. White American society then mythologized Dr. King — who had been hated pretty roundly when he was alive — and put his non-violence doctrines on a pedestal as the only right, true, and acceptable path to progress.

He believed that violent uprisings, while understandable, were not acceptable under his religious faith and wouldn’t “solve” anything. However, his movement also benefited from the more violent riots and “scarier” rival groups whose visible discontent with the status quo shocked many White Americans (or at least their policymakers) into action because they realized that the Black population wasn’t actually happy with their lot in life.

But the study discussed above also reveals another truth about the realities of strict adherence to non-violence. Yes, violent revolution results in needless deaths, but so does no revolution at all. Those who die needlessly in the latter case just die quietly and poor, instead of on the scaffold or in front of a firing squad.

In other words, as demonstrated in this study, people do die as a result of non-violent gradualist/incrementalist strategies. It’s just a different set of people. When you demand all resistance to fatal oppression be non-violent, you tell the oppressed to accept the interim cost instead of returning it. Hardline pacifism essentially externalizes the human costs that would be experienced in a violent social revolution or uprising back onto the oppressed people, all in the hope of a peaceful rectification of the situation. Which I bring up not necessarily to suggest that the other way is better than non-violence but rather to force acknowledgment of what strict non-violence really means.

Put yet another way: Since 1970, at least 2.7 million additional Black people have literally died quietly from poor health and mortality outcomes, relative to White people, just so we didn’t have to experience a violent social revolution to give everyone justice. And talk about “justice too long delayed is justice denied”…

To make my point yet starker, let’s do some actual comparisons to some famous, semi-politically-motivated major revolutionary purges, genocides, and mass killings:

So, perhaps it still pales in comparison with events on the level of the Holocaust (11 million murdered), but this point remains: Poor health outcomes have resulted in genocide-level “excess” death figures for Black America since 1970. Actual revolutionary terror waves intentionally ordered by radical governments have killed fewer people than the number of Black Americans that racist neglect and traumatic poverty have killed.

An excerpt from President Obama’s remarks in Selma, AL on the 50th Anniversary of the 1965 march:

Their faith was questioned. Their lives were threatened. Their patriotism was challenged. And yet, what could be more American than what happened in this place?

What could more profoundly vindicate the idea of America than plain and humble people – the unsung, the downtrodden, the dreamers not of high station, not born to wealth or privilege, not of one religious tradition but many – coming together to shape their country’s course?

What greater expression of faith in the American experiment than this; what greater form of patriotism is there; than the belief that America is not yet finished, that we are strong enough to be self-critical, that each successive generation can look upon our imperfections and decide that it is in our power to remake this nation to more closely align with our highest ideals?

That’s why Selma is not some outlier in the American experience. That’s why it’s not a museum or static monument to behold from a distance. It is instead the manifestation of a creed written into our founding documents:

“We the People…in order to form a more perfect union.”

“We hold these truths to be self-evident, that all men are created equal.”

These are not just words. They are a living thing, a call to action, a roadmap for citizenship and an insistence in the capacity of free men and women to shape our own destiny.

The full speech has other excellent passages as well, but that one spoke most strongly to me right now in the current debates on the meaning of U.S. patriotism, American exceptionalism, and criticism of American policy at home or abroad. 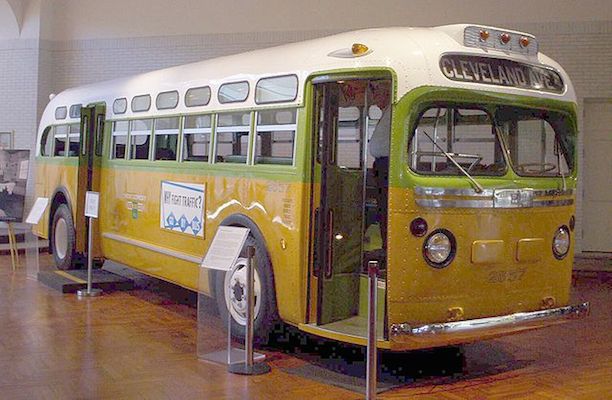