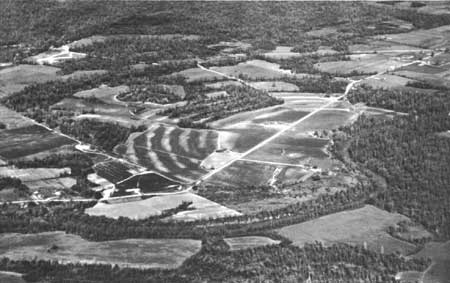 The title above is a quotation from one the few passages of the U.S. Constitution of 1787 making any references whatsoever to the multitude of indigenous nations on the North American continent at the time. That sort of vague afterthought attitude probably encapsulates well the attitude of most of the Founding Fathers and Constitutional Framers, despite the hundreds of distinct native communities in just the northeast woodlands and southeast woodlands regions alone (i.e. the original U.S.).

The early national leaders and writers of those key documents were generally coastal elites without much direct contact with the American Indian nations that had already been cleared by war, disease, and expulsion from those areas. The backcountry mountain settlers, who had helped precipitate much of the events that spiraled into Revolution by repeatedly trying to cross the Appalachian Mountain “line in the sand” drawn by the British Crown, were neither represented in the circles that established the country nor under their authority most of the time. They generally just wandered off to attack indigenous communities when they felt like it — and then waited either for retroactive approval by the coast or substantial military reinforcements from the coast, if things got out of control. Even the rare treaties made in good faith by colonial and U.S. coastal governments were generally violated by factions who had not been involved in the negotiation process or did not consider themselves subject to those powers anyway. But the U.S. government rarely ever gave more than a slap on the wrist to the offenders.

In general, the country and its predecessor colonies had a very inconsistent and not systematically planned relationship with the American Indian nations — apart from the consistency of overall negativity and genocidal behaviors, and in particular of pushing them westward and into generally ever-smaller areas. That last pattern is tracked in the Lower 48, from the 1783 Treaty of Paris to 1892 and then 2010, in the eHistory video below:

This of course does not really get into the situations in Alaska or in Hawaii. It’s also really important to remember that the semi-systematic thoughtlessness toward and theft from Indian Country by the U.S. government is not some 18th century relic, but continues to present, as we discussed in a recent episode of the radio show.

A more rapid animated gif version of the video is below:
Read more

Remember that Oklahoma ballot proposition we covered after the election, which “thwarted” the “creeping” Islamic Sharia law in the state? Well, we knew it was ignorant and damaging before, but it appears it didn’t just take out the ten commandments as collateral damage, but was so broad and vague that it may have taken out Indian tribal law too, which is a serious problem in Oklahoma. Joan McCarter:

Oklahoma has the second largest population of Native Americans in the U.S and law experts like Oklahoma University law professor Taiawagi Helton point out that language in the law banning courts from looking at “legal precepts of other nations or cultures” could pose a problem if applied to tribal legal cases, as the tribes are considered sovereign nations. In fact, the Oklahoma Indian Affairs Commission released an official memo on October 20 explaining how the “lack of specific tribal law language” could “damage the sovereignty of all Oklahoma tribes” and “starkly reminds [the Commission] that some Oklahoma lawmakers forgot that our nation and state were built on the principles, blood, and back of other nations and cultures, namely, ou[r] tribes”

A perfect example of the consequences of voting out of fear. […] A federal judge has granted a temporary order blocking the ban from taking effect. A hearing on the amendment will be held on November 22.

Oops. Good thing that “activist” judge thwarted the thwarting of Sharia, though.

It would be fascinating if this gets litigated up to the U.S. Supreme Court, since the whole controversy over the use of “legal precepts of other nations or cultures” stems from a couple Supreme Court rulings by Justice Anthony Kennedy, in which he referenced (but did not rule on the basis of) international laws and norms for comparison. In the intervening years since the controversy erupted, he has shifted dramatically back toward the right, under the divided and partisan Roberts court, and would probably be unlikely to rule against the proposition, although he could surprise.