Sigh. It seems that despite the overwhelming voice of Americans insisting the government take steps to reduce the effects of climate change, there are still those (read: gas and oil companies) that insist on blocking the effort. The New York Times’ Eric Lipton wrote a riveting piece on the collaboration of Republican state Attorneys General and corporations’ to push to dismantle the E.P.A and Obama administration’s regulations. He notes:

Democrats for more than a decade have teamed up with environmental groups such as the Sierra Club to use the court system to impose stricter regulation. But never before have attorneys general joined on this scale with corporate interests to challenge Washington and file lawsuits in federal court.

I’ll skip over the obvious in this statement (Democrats were trying to protect the air we breathe), and move onto the fact that this is incredibly dangerous and unprecedented business. David B. Frohnmayer, a former Republican Attorney General from Oregon noted that these Attorneys General are shamelessly using a public office to support corporate interests and their financial interests.

While these gas and oil companies are reveling in the success of these shared efforts, Republican Attorneys General — who represent half the states right now — are reaping the benefits of raised national profiles and a club that acts like a national law firm. The club has systematically filed lawsuits against major federal policy, including the Affordable Care Act, securities regulation, and recently Obama’s action on immigration.

Lipton focuses on one Attorney General in particular, Scott Pruitt of Oklahoma, a particularly proud collaborator with the industry. Mr. Pruitt’s office moved a couple words around in a three-page letter from Devon Energy, one of Oklahoma’s largest oil and gas companies, and sent it off to Washington on official state letterhead. One of Mr. Pruitt’s closest partners has been Harold M. Hamm, the Chief Executive of Continental Resources. Mr. Pruitt hangs out with Andrew P. Miller, a former Virginia Attorney General, who in turn has clients like TransCanada (aka the company behind the Keystone XL pipeline).

So Mr. Pruitt here is a clear asset to anyone and everyone that has a dime invested in gas or oil energy in the United States. And he has also positioned himself as President of the Republican Attorneys General Association. Didn’t someone once say, “It’s all about who you know”?

Mr. Pruitt’s position allowed him to hold summits with other Attorneys General that focused on “Suggested Responses to Assaults on Federalism.” All of a sudden there are task forces from 19 different states outlining (and assigning opponents to fight) the major federal government environmental actions, such as reducing ozone pollution or regulating coal ash. The offices then identified which states were in the best position to block the legislation.

Attorneys General are elected by the people. The same people that will be negatively affected by the blocking of major federal policies and regulations. This is just a simple reminder that there are constantly those working against forward progress.

I know, I know: that’s the joyful struggle of democracy, there needs to be a challenge, a second voice, dissent — but what do you do when that challenge is joining forces with corporate interests? And being financially backed by gas and oil companies that have financial stake in all of these regulations?

These regulations are designed to slow the effects of climate change, and positively influence the health of American citizens by keeping drinking water and the air we breathe clean and safe.

Attorneys General are elected by the people in 43 out of the 50 states. Next time an election rolls around, let’s do something about it, people. 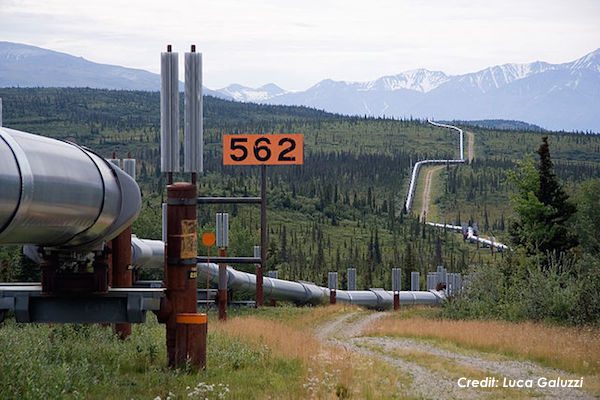