– Why is Saudi Arabia leading a massive military intervention in Yemen?
– What is the significance of Nigeria’s peaceful democratic transfer of power between parties?

– Al-Bab: Yemen-Saudi Arabia Relations
– AFD: Nigeria: The call that changed it all

Topics: Big Ideas for Reforming American Governance: Does the US have too many elected offices? Should legislators be trustees for or delegates from their voters? People: Bill, Nate, Sasha. Produced: March 30th, 2015.

– Do we have too many elected offices in the United States? Should most elections occur at the same time (e.g. on the presidential ballot) or be spread out?
– Which offices should be elected and which appointed? When should policies be created by elected officials versus subject experts?
– Are elections too complicated to produce clear mandates for various offices and identify the will of the people on specific issues?
– Is the role of an elected official to be a trustee acting independently in the best interest of the people regardless of their views, or is it to be a delegate with a mandate to fulfill the people’s wishes?

– “Just how many elected officials are there in the United States? The answer is mind-blowing” | Daily Kos
– “Institutions and Representational Roles in American State Legislatures” | State Politics and Policy Quarterly, Vol. 6, No. 2 (Summer 2006)

– What should Democrats run on in 2016? We pitch some themes to mobilize voters who usually stay home.
– Why is there so much conservative controversy over the new AP US History test (or US history in general)? 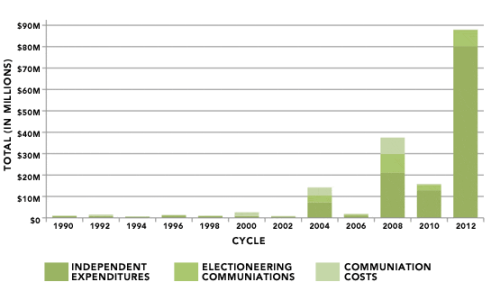