Description: Interventions, Interference, and Invasions: Nate and Bill lead a world tour of the post-WWII history of countries entering other countries’ civil wars and uprisings, for good or ill, and what it means for the future. (We talk about Cuba, Angola, Afghanistan, Syria, Iran, Indonesia, Guatemala, Libya, Central African Republic, Mali, Somalia, and many others.) People: Bill, Nate. Produced: October 20th, 2014. 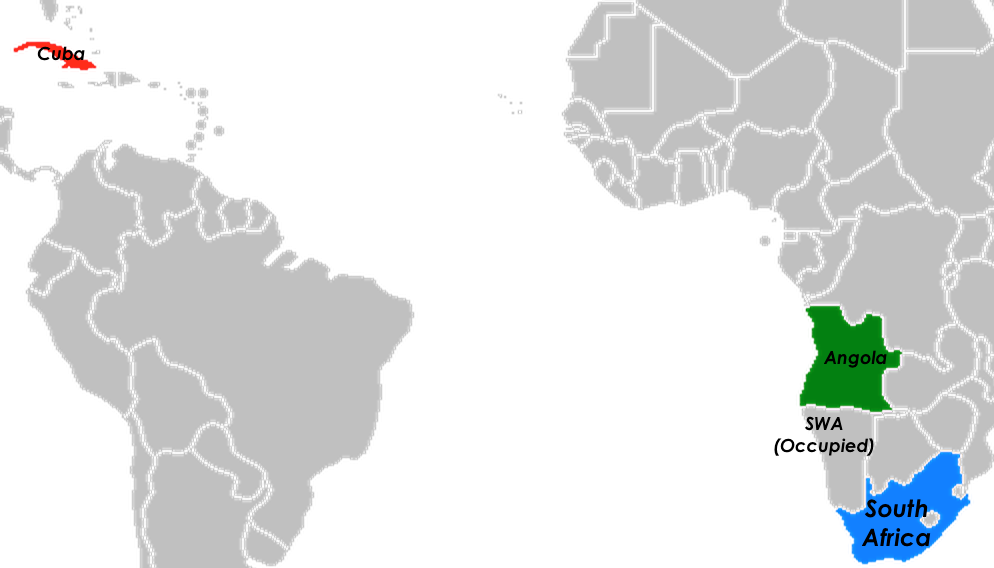 One of the major challenges in trying to reform a country’s military to keep them from interfering with governance is whether the meddlers can be removed without them meddling again. Guinea-Bissau’s Army chief, General Antonio Indjai, who was indicted last year in U.S. court for a scheme to send weapons and drugs to Colombian rebels, has been relieved of command by President José Mário Vaz of Guinea-Bissau this week.

The latter only became president in June of this year in free elections after defeating the military’s candidate. He was a finance minister in an earlier government before it was overthrown. Guess who overthrew that government? Why, none other than General Indjai.

In fact, Indjai staged the military coup in 2012 — which blocked presidential elections from being completed — in response to an earlier effort to reform the military under the supervision of Angolan advisers and troops. (Angola is a fellow ex-Portuguese colony that became independent about the same time.) In 2010, Indjai staged a mutiny to become army chief in the first place. Will he go peacefully this time? The better bet is probably no, but perhaps Vaz has an ace up his sleeve and is confident he can make this go off without a hitch.

Guinea-Bissau is one of the least stable countries in the world, with no elected leader having ever left office peacefully, voluntarily, and/or alive in the four decades since independence. In the last fifteen years, the capital power struggles have been particularly intense and bloody — including three successful coups, two high-profile assassinations, and one civil war. Drug traffickers suggested in 2009 that Guinea-Bissau might actually qualify as more dangerous and unstable than Somalia.﻿

To replace General Indjai, President Vaz appointed a close ally and veteran soldier from the country’s war for independence, which ended in 1974 with the overthrow of the Portuguese home government.

The appointment of General Biague Na Ntan, 61, an ethnic Balanta like Indjai, could smooth over any resentment from the ethnic group that makes up about 60 percent of the army and security forces and 25 percent of the population.

He had been commanding the presidential guard prior to his promotion to head of the army.

Far across the continent of Africa, the leader of Lesotho also recently tried to fire the head of his country’s armed forces, only to find himself fleeing a coup attempt, which has now divided the military’s loyalties. That crisis, which has still not been resolved, has to be weighing heavily on the mind of President Vaz in Guinea-Bissau as he tries to remove his own army chief and past coup leader.

As an additional stressor, Guinea-Bissau remains on high alert right now for any signs that the Ebola outbreak might have arrived from neighboring Senegal or Guinea-Conakry, the outbreak epicenter.