Topics: What the heck is going on in Syria these days? Who is Trump adviser Sebastian Gorka and which wing of Hungarian politics does he come from? People: Bill and Nate. Produced: March 6th, 2017. 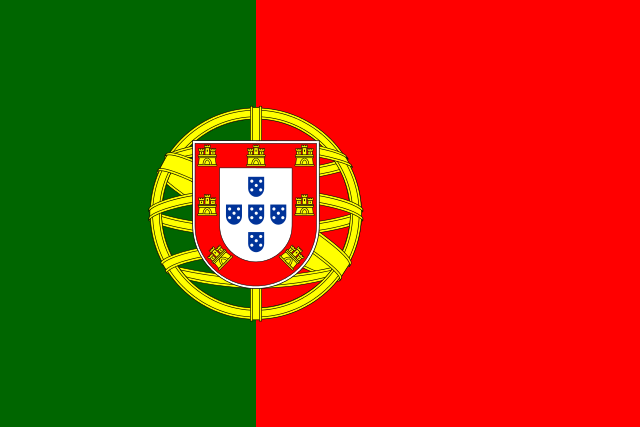 The Independent: ‘You need to hear what the EU official in charge of TTIP has told me’ (an account from a TTIP opponent):

When put to her, [EU Trade Commissioner] Malmström acknowledged that a trade deal has never inspired such passionate and widespread opposition [as the Transatlantic Trade and Investment Partnership has]. Yet when I asked the trade commissioner how she could continue her persistent promotion of the deal in the face of such massive public opposition, her response came back icy cold: “I do not take my mandate from the European people.”

So who does Cecilia Malmström take her mandate from? Officially, EU commissioners are supposed to follow the elected governments of Europe. Yet the European Commission is carrying on the TTIP negotiations behind closed doors without the proper involvement European governments, let alone MPs or members of the public. British civil servants have admitted to us that they have been kept in the dark throughout the TTIP talks, and that this makes their job impossible.﻿

Not all of the European public’s concerns and trust issues on the negotiations are unwarranted just because a few of them are paranoid. Whether or not TTIP is a good idea (personally I think not), European officials need to take those concerns more seriously — particularly as any deal will have to be ratified by an increasingly jittery 28 national parliaments facing hostile publics more directly.

– “Drawbacks of Technocracy, Part 1: Europe’s Political Crisis”
– “The Economist on technocracy in democracies”

The European project was born in the ashes of World War II and its own massive refugee crisis.
Guest Post by Etienne Borocco of France.

On August 28, 2015, 71 corpses were found in a truck at the Austrian border. They were refugees, mainly from Syria. Days later, after the latest ship full of refugees sank in the Mediterranean, images seen worldwide showed the drowned victims, including a small child. All were trying to escape a horrific war, which has reached a death toll greater than 200,000 casualties after a 4-year conflict.

Syrians are not alone, however. There are a lot of refugees from Eritrea, which is sometimes called “Africa’s North Korea.” Or from South Sudan, prey to a merciless civil war. Or from Afghanistan, Somalia, Iraq, and so on…

All these refugees are qualified to a granted asylum because the situation is terrible in their home country. However, they cannot apply to asylum in a European embassy. They must first travel illegally to apply. This trip is dangerous and creates a big opportunity for unscrupulous human traffickers.

The latter can be grateful to the European countries for their flourishing business. The situation on the European side results from an absence of agreement for a common policy to host refugees.

Moreover, the Dublin convention has serious pitfalls. The first Member State where fingerprints are stored or an asylum claim is lodged is responsible for a person’s asylum claim. The countries at the border of the EU are then overwhelmed.

160,000 refugees landed in Greece between January and July 2015, to say nothing of those who came in the previous two years. This figure alone is already comparable to the Irish exodus during the Great Famine in 1847. In that era, 215,000 Irish immigrants fled to the United States.

Recently, Germany decided to not enforce the Dublin regulation anymore. The German government decided to grant asylum to all the Syrian refugees regardless of which country of the Dublin-regulation area they landed in first .

On the other hand, Hungary has recently built a wall at the border with Serbia, and Austria seeks to control its borders more strictly. The whole European project is threatened because governments are tempted to act alone without coordination.

The irony is the European project was born from the ashes of the Second World War. During this period, a lot of refugees fled conflicts. French citizens crossed the borders with Spain, where they were illegal aliens. Francoist Spain used to deport them and a great part was directly delivered to Nazi Germany. They were promised to a certain death.

However, those who managed join the Free Forces participated to the French liberation. In the Netherlands, the “England-Voyagers” (Engelandvaarders) took makeshift boats to cross the North Sea to England. Some famous Dutch resistance members like Erik Hazelhoff Roelfzema were part of the “England-Voyagers”.

London also hosted the central command of the French Resistance directed by General de Gaulle, as well as several other governments-in-exile of Nazi-occupied territories.

Several other countries hosted significant numbers of refugees from Axis countries during the war. Many wartime refugees risked and lost their lives crossing borders or the Mediterranean to flee. When the borders were being redrawn after the Axis surrender in 1945, millions more people were also displaced. It was in this context that the European project began.
Read more

Lots of global criticism in the past couple weeks (at long last) of the right-wing government in EU member Hungary for fostering a deeply hostile environment against incoming refugees — and enacting hostile policy.

Police were caught throwing food over a fence into a detention camp to watch refugees scramble miserably for it. A Catholic bishop in Hungary openly rejected the Pope’s appeals for compassion. A camerawoman tripped a Syrian child intentionally; she was affiliated with a partisan media operation advocating Jobbik, the fascist opposition party that is widely viewed as the main competition to the ruling right-wing populist Fidesz party.

Hungarian authorities also packed trains full of people and sent them on to Austria and Germany, unilaterally and against European Union policy. This last move finally prompted the social democratic Austrian Chancellor, Werner Faymann, to publicly shame his Hungarian counterpart, Prime Minister Viktor Orbán…strongly implying he was behaving like a Nazi:

“Sticking refugees in trains and sending them somewhere completely different to where they think they’re going reminds us of the darkest chapter of our continent’s history.”

Bit of a shame it took this long to call this increasingly authoritarian right-wing regime by its true colors.

Photos also emerged this week of the long-awaited “border fence” Hungary’s Orbán had ordered the military and prison inmates to erect as rapidly as possible.

– Workers’ rights: Major U.S. corporations will no longer be able to shield themselves on labor issues by subcontracting and franchisees will have to face unions.
– Refugees: Is the European Union doing enough to deal with the refugee crisis? Is the world prepared for mass climate refugee situations?
– Lebanon: The people rise up in Beirut as trash goes uncollected for weeks on end.