British Foreign Secretary Philip Hammond has revealed that the next phase [of the Vienna talks] will turn on bargaining among the international sponsors of anti-Assad groups about who would be allowed to join a new government.

Those decisions, in turn, would depend on which of the groups are deemed by the foreign sponsors of those very groups to be “terrorists” and which are deemed acceptable.

As Hammond acknowledges, the Saudis are certainly not going to agree to call Ahrar al-Sham or other extremist jihadist groups allied with it – or perhaps even al-Nusra – “terrorists”.

They may have to give up al-Nusra Front, which has expressed support for the Islamic State terrorist assault on Paris. But they rest they are likely to continue to back.

Unless Obama is prepared to face a rupture in the U.S. alliance with the Sunni Gulf Sheikdoms over the issue, the result will be that the same anti-democratic groups committed to overthrowing the remnants of the old order by force will be invited by the United States and its Gulf allies to take key positions in the post-Assad government.

If you want to know why the Syria conflict can’t be ended by willpower or the snap of a fingers, this is a good analysis by Gareth Porter. The latest peace talks don’t include any significant armed combatant party in Syria – not any stripe of rebels, not the government, and certainly not ISIS. Practically speaking, on the side of the anti-regime forces, there is nobody that the rest of the world is comfortable negotiating with who could actually control any armed fighters if a deal was reached. The Syrian government (or even just the Army) doesn’t want to negotiate a deal either because they have no interest in signing a deal that brings al Qaeda/Nusra to power, and they are currently the primary non-ISIS opponent.﻿

Rami Abdurrahman, who heads the Britain-based Syrian Observatory for Human Rights, said members of the Division 30 faction fled to a nearby area controlled by a Syrian Kurdish militia. Abu al-Hassan Marea, a Syrian activist who is currently in Turkey near the Syrian border, confirmed Saturday that Division 30 fighters have withdrawn from their headquarters.

Abdurrahman and Marea said Division 30 had less than 60 fighters and that on Friday alone the group lost five fighters and 18 others were wounded.
[…]
On Friday night the Nusra Front said it attacked Division 30 and abducted some of its members because they were trained by the CIA and vowed in a statement to cut off “the arms” of the American government in Syria.

A U.S. military official seemed to deny any American connection to Division 30, saying on Friday that no member of a U.S.-backed rebel faction had been abducted.﻿

Despite the denial of connection, the U.S. military appeared to have responded directly to the situation as it unfolded, according to CNN, based on a policy implemented days earlier:

Syrian rebels backed by the United States will now have air cover if they come under attack after President Barack Obama signed off on the decision, a senior administration official confirms to CNN on Sunday.
[…]
This comes after the United States conducted airstrikes last week to protect two groups after they came under attack: U.S.-trained rebels and the U.S.-affiliated rebels of the 30th division.

U.S. aircraft came in after the attack on a compound where members of the New Syria Force, which is the U.S.-trained-and-equipped rebel group, were located as well members of the 30th division.

– Free Syrian Arms: The fall of the CIA’s Harakat Hazm force against Nusra Front
– Will the U.S. become the Syrian rebels’ air force?
– FT: “Syria rebels sceptical about Turkey’s plan to tackle IS”
– U.S. agrees to clear a “safe zone” in northern Syria 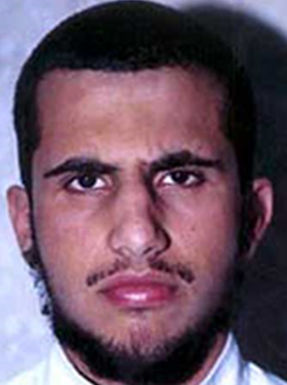 This week the Pentagon says that earlier this month it killed Muhsin Al-Fadhli, the leader of the (purportedly real) “Khorasan Group” — alleged to be a Syrian-based outpost of al-Qaeda’s central command — in an airstrike in Syria.

Possibly the bigger problem, though, is that it’s still unclear the group he supposedly leads actually … exists.

Let’s look back at the puzzling framing of other articles from September 2014 about U.S. airstrikes in Syria targeting the group.

There is almost no public information about the Khorasan group, which was described by several intelligence, law enforcement and military officials as being made up of Qaeda operatives from across the Middle East, South Asia and North Africa. Members of the cell are said to be particularly interested in devising terror plots using concealed explosives. It is unclear who, besides Mr. Fadhli, is part of the Khorasan group.
[…]
Ayman al-Zawahri, the head of Al Qaeda, anointed the Nusra Front as its official branch in Syria and cut ties with the Islamic State early this year after it refused to follow his orders to fight only in Iraq. Officials said that Khorasan was an offshoot of the Nusra Front.

In addition to a broader campaign of airstrikes against Islamic State targets across Syria on Monday night, the United States also pounded a little-known, but well-resourced al-Qaeda cell that some American officials fear could pose a direct threat to the United States.

The Pentagon said in a statement early Tuesday morning that U.S. warplanes conducted eight strikes west of Aleppo against the cell, called the Khorasan Group, targeting its “training camps, an explosives and munitions production facility, a communications building and command and control facilities.”﻿

And then there was Buzzfeed’s excellent report (9/23/14) by Rosie Gray, headlined “How ‘Khorasan’ Went From Nowhere To The Biggest Threat To The U.S.” I think this one line about sums up how absurd this sudden appearance of another supposedly existential, imminent threat is:

“I knew about the group a year ago from the media but didn’t know the name or personalities until the past few days — again from the media,” said Will McCants, a terrorism analyst and fellow at the Brookings Institution.

Most of the other experts quoted either instinctively suggested this group is a huge threat (because of course they do) or said it’s borderline made-up.﻿

Then, on November 14, 2014, the LA Times reported more airstrikes — officially undertaken against “Khorasan,” but which seemed to hit an awful lot of major Nusra Front facilities. And one big issue leapt out:

Many opposition activists in Syria and elsewhere doubt the existence of Khorasan, contending that the targets being attacked are actually Al Nusra Front strongholds. Last week, as Centcom announced the second round of strikes on Khorasan positions, opposition activists said warplanes had hit the headquarters of Al Nusra Front and Ahrar al Sham, another hard-line rebel group with Al Qaeda links.

To recap all of this: The purported organization only came into public knowledge hours before it was first attacked by the U.S. military in September, and locals say it does not exist and is solely a made-up front for unofficially targeting the popular and very real and very large Nusra Front of al-Qaeda in Syria, while suggesting some sort of distinction between the internationalist and Syria-facing segments of Qaeda’s presence in the country that isn’t really there.

(Nusra Front, incidentally, is now openly coordinating closely with and even commanding the U.S.-backed and outmatched “Free Syrian Army.”)

And our leaders, public officials, and media outlets are — by and large — just rolling along with this fairly transparent and repeatedly invalidated fiction.

“A seasoned, knowledgeable and dangerous terrorist who actively sought to harm the United States and its allies has been taken off the battlefield for good,” said Rep. Adam Schiff, the top Democrat on the House Intelligence Committee, noting that al-Fadhli will not be easily replaced.

Except, I suppose, if he replaces himself with himself if he’s still not dead.

– In November 2014, the CIA-trained and armed Harakat Hazm fighters in Syria got into a confrontation with Nusra Front, al Qaeda’s official branch in the Syrian Civil War, and basically fled the battlefield, abandoning their U.S.-supplied anti-tank weapons to the extremists.
– By late December 2014, Nusra Front had taken effective control of all major insurgent operations not aligned with ISIS. All “moderate” and “pro-Western” forces essentially joined forces with Syrian al Qaeda or were cut loose from the action.

“Teamwork!” he cried, sarcastically, as he thought about how great it is to be a taxpaying adult in the U.S. and to have the ‘opportunity’ to covertly fund heavy arms for extremist groups in Southwest Asia, just like his parents got to do in the 1980s. “These are definitely not policy actions that will ripple back negatively later in my lifetime,” he added, cynically predicting the opposite of his words.

Maybe we can finally drop the pretenses that there’s a serious, non-extremist, independent opposition force of any military significance in Syria…