This seems kind of predictable by now: Assad has, quite logically, decided to ignore the coalition air incursions in eastern Syria — not taking the bait to try to stop them — and concentrate on daily air raids on western Syrian cities and towns. In the weeks preceding the start of US-led airstrikes in eastern Syria, the Syrian government forces had finally been forced to start splitting their energies between western rebels and ISIS control in the east. The new situation means the regime can refocus on one side of the three-way civil war: the Free Syrian Army / Nusra Front fighters that form the western opposition.

The result? Loyalist planes and helicopters are pounding away at them again, now unencumbered by either ISIS attacks on eastern Syrian bases or any kind of coalition no-fly zone anywhere in the country. A U.S. official observed to the New York Times, “Essentially, we’ve allowed them to perform an economy of force” — although this is unintentional and not in any way coordinated, as far as we have been told publicly.

Worse, some of the air raids are hard to source, especially because first-day US airstrikes on so-called “Khorassan Group” targets in western Syria (specifically the rebel-dominated Aleppo area) made it seem like the US was planning to strike targets all over the country instead of focusing on strategic eastern ISIS targets. This confusion has led to the US being incorrectly blamed for some of the high civilian casualty bombings the regime has ordered since then﻿.

If nothing else, we are learning that the accidental president, Bashar al-Assad, and his top strategists know how to play a full-scale civil war like a delicate instrument. They don’t bite off more than they can chew, they work with anyone who will help, they avoid or delay taking on stronger enemies (whether ISIS or the United States) directly whenever possible, and they play everyone off everyone else. This is some of the most pragmatic, high-level Machiavellianism — devoid of nostalgia or ideological considerations — that we’ve seen lately in the world and the region. 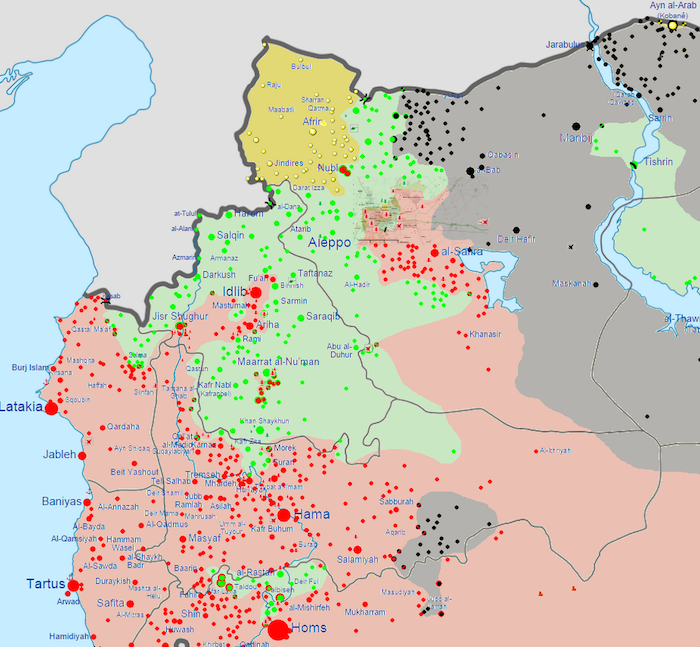