This week Bill, Rachel, and Nate talk about Biden’s flip-flops on the Hyde Amendment and the DNC’s decision to refuse to hold a climate policy debate or allow candidates to participate in one by anyone else.

Women have an inalienable right to make autonomous and independent decisions about their bodies and their reproductive choices in consultation with their physicians. As demonstrated yesterday once again, this right is under constant assault across the United States at this moment by lawmakers and reactionary extremists.

It is no longer sufficient for those who make and execute our laws to maintain an ambivalence or passivity on the question of access to this vital, lifesaving healthcare. It has not been sufficient ever since the Stupak Amendment made clear in 2009 that the cause of reproductive freedom was under assault and that the other side was significantly more prepared. Our officials, at every level, must defend that right vigorously against all infringements and impediments, whether by individuals or policymakers. That right covers both abortion services and contraceptive methods, as well as impartial counseling and prenatal health services.

Our officials should also seek to ensure an equality of access to this right for all women (or any members of our society who can get pregnant), regardless of means or circumstance. They should also secure the right for all people to obtain health care without private interference or intimidation.

Ambassador Burns is the Roy and Barbara Goodman Family Professor of Diplomacy and International Relations at the Harvard Kennedy School of Government. He is Director of the Future of Diplomacy Project and Faculty Chair for the Programs on the Middle East and on India and South Asia. The Diplomacy Project focuses Harvard’s students, fellows and faculty on the importance of diplomacy in the 21st century global environment. He is also a member of Secretary of State John Kerry’s Foreign Affairs Policy Board, Director of the Aspen Strategy Group, and Senior Counselor at the Cohen Group.

As a career Foreign Service Officer, he was Under Secretary of State for Political Affairs from 2005 to 2008; the State Department’s third-ranking official when he led negotiations on the U.S.–India Civil Nuclear Agreement; and was the lead U.S. negotiator on Iran’s nuclear program. He has also served as the U.S. Ambassador to NATO and Greece and State Department Spokesman.

Related Links for Segments 2 and 3

– CBS News: Trump on Iraq and Jeb Bush
– Business Insider: “Jeb Bush: ‘Taking out Saddam Hussein turned out to be a pretty good deal'”
– AFD: “The surge is a lie. A really dangerous lie.”
– AFD: “When The Party’s Over: The 1820s in US Politics”
– Washington Post: “Ben Carson’s tortured defense of his fetal tissue research”
– Washington Post: “How Planned Parenthood actually uses its federal funding”

Hint: it’s certainly not about science.

On July 29, 2015, Planned Parenthood President Cecile Richards sent a much-ignored letter to the director of the National Institute of Health. She wrote:

“It has become clear in the ensuing public debate … that there is widespread confusion about fetal tissue research and that government officials, medical researchers, health care providers, and the public could benefit from a review of the research and the procedures surrounding it by an independent expert panel. The last time such a review occurred was in 1988 during the Reagan Administration. We believe it may be time for another expert panel to examine these issues in light of the advancements achieved in medicine over the past 27 years.”

The 1988 panel to which Richards refers was overseen by a conservative judge opposed to abortion. Nonetheless, “a decisive majority of the panel found that it was acceptable public policy to support transplant research with fetal tissue.” The panel even concluded that aborted fetuses were acceptable donations to the medical community, so long as the decision to abort a fetus and decisions regarding the time or method of abortion were not interfered with in order to collect the tissue.

Fetal tissue is no longer a central focus of transplant research, but remains important for many other kinds of medical discovery, including the study of birth defects, genetic causes of diseases, and even possible cures for degenerative disease, such as Parkinson’s Disease. Researchers at MIT are even able to use fetal tissue to implant the human immune system into mice, allowing them to study tumors and human responses without using human test subjects.

Fetal tissue has a long history of being incredibly valuable in the medical field, most notably in the development of vaccines. In the mid-1960’s, an aborted fetus allowed researchers to isolate the Rubella virus and develop the vaccine for the deadly disease which is still used today. The researcher central to this discovery, Stanley Plotkin, spoke out:

“Human fetal cell strains, derived from voluntary abortions, have been extremely important for vaccine development, specifically for rabies, rubella, hepatitis A, and chicken pox. It is important to understand that the cell [lines] are stored and no new abortions are done to produce those vaccines.”

(The last line is presumably meant to clarify that the fetal cells are used only in the research and development phase, not the actual manufacture of the developed vaccines. –Ed.)

“We participate in fetal tissue donation and occasionally partner in research not because this research is a core part of our mission, but because we are supporters of medical research and serve women who chose to make donations.”

In an editorial published in the New England Journal of Medicine, the influential journal threw their full support behind Planned Parenthood and their work:

“We strongly support Planned Parenthood not only for its efforts to channel fetal tissue into important medical research but also for its other work as one of the country’s largest providers of health care for women, especially poor women. The contraception services that Planned Parenthood delivers may be the single greatest effort to prevent the unwanted pregnancies that result in abortions…We thank the women who made the choice to help improve the human condition through their tissue donation; we applaud the people who make this work possible and those who use these materials to advance human health.”

An opinion piece in the Washington Post this week brought into light the similarities between the policies of Planned Parenthood and the donations of fertilized embryos by in vitro fertilization (IVF) clinics. The author, Margo Kaplan, an associate professor at Rutgers Law School, believes that one of the biggest differences between perceptions of the two donations is which women are making the donation.

It seems to me that if the outrage that has continued to smolder since the public viewing of these doctored videos was truly over the use sale of fertilized embryos and the use of fetal tissue in research, people would be talking about those things. (GOP Presidential candidate Dr. Ben Carson himself used fetal tissue in research, but claims that since the specimen was already dead when he used it, he is in no way in the wrong.) Instead, once again, it appears that the target of the public’s thinly-veiled outcry is actually the women who use the services of Planned Parenthood. 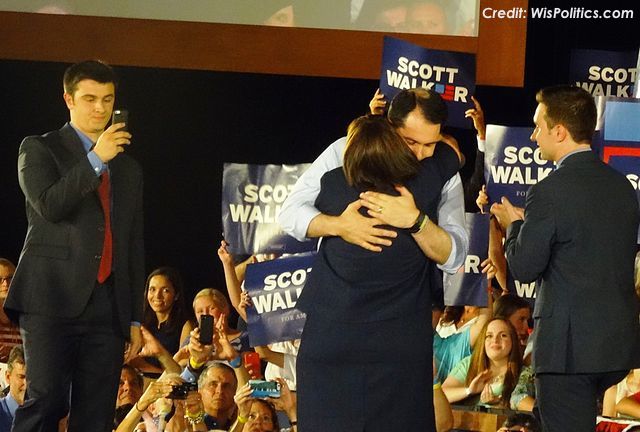